I left school at 16 and went into training as a decorator with the London Borough of Barnet. On the 13/9/1976 I signed on to an apprenticeship, which I completed on 31/8/79 I was awarded the City & Guilds Craft certificate with distinctions after attending Willesden College Of Technology.

I left the service of the London Borough of Barnet in 1982 and became self employed and started my own company Paul C Barber Decorations which I still run to this day.

I carried on working in London on many jobs until I moved to Northampon in 1990 where I still live, and have built up a good business over the years.

In 1998 I became a Dulux Select Decorator, the first in Northampton.

14 years ago I started to train my son, Paul (Ian) Barber, and he has developed into a very fine deocrator, recently invited by Traditional Painter to be the TP Associate Painter and Decorator for Northampton, which is a great achievement and opportunity for him.

Over the last 10 years I have hand painted around 50 kitchens and bedrooms for A Bell &; Co Ltd of Kingsthorpe, Northampton. They are known as the best kitchen company in Northampton with over 100 years in business.

I was invited to join Traditional Painter in 2012, and cover all their hand-painted kitchens and period property decorating work in Northamptonshire.

When I am not painting and decorating, I enjoy:

Fishing loads of lakes and rivers in Northamptonshire.

Football! I started going to watch Spurs when I was 8.

Love a weekend away in my caravan in the summer if I can fit it in.

Enjoy weekends with my two grandsons Khy who is 9 years old and my new grandson Geroge just 6 years old.

A video of how I refurbish kitchens

I am a specialist kitchen painter and wallpaper hanger based in Northampton. As a member of the Traditional Painter network, WallPaper Hangers Guild and former Dulux Select Fellow, you can be assured that the standard of my workmanship and the service I provide are of the highest order. 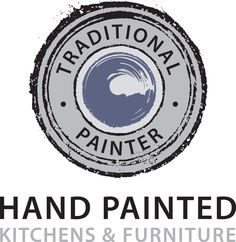 Read my blog where I post case studies and latest articles about the specialist decorating work I do.